Out of all the questions you have as a mama-to-be, one is especially exciting: Will your baby be a boy or girl? In the past, you had to wait until the 20-week anatomy ultrasound to determine the gender of your baby but in recent years, new options have come onto the market that let you find out earlier. These new gender prediction tests fall into two categories: Urine-based and DNA-based tests. But what’s the difference? We break it down below.

Urine-based gender prediction tests use urine samples and claim to provide accurate results as early as 5 weeks into pregnancy. Some are designed to look like pregnancy tests: You pee on a stick and then indicate if you’re having a boy or girl in blue or pink. Other urine-based gender predictor tests ask you to pee in a cup and add a special chemical mix to the urine sample to see if the combination changes color, which would then indicate your results.

There are many urine tests out there that claim to provide gender determination like Intelligender and Gendermaker. Although a urine test to find out the gender of a baby sounds easy and great in theory, they have no scientific basis. Urine pregnancy tests work because they detect a hormone called human chorionic gonadotrophin (HCG), which is present in mom’s urine only when she’s pregnant. However, according to Daniel A. Potter, M.D., a reproductive endocrinologist at HRC Fertility in Newport Beach, CA.,  “There are no sex hormones in urine that change color… and prove one way or another the sex of the baby.” Gender hormones don’t work the same way as pregnancy hormones.

In the early 1980s, researchers at the University of Wyoming performed the pee-in-a-cup test on 100 pregnant women and found it to be “roughly equivalent to flipping a coin” for predicting gender. A 1999 Canadian study yielded similar results.

“There are a number of at-home urine-based gender “test” kits available for purchase online. None of the urine-based gender tests are scientifically accurate,” one VeryWell Family article states “In fact, some of these tests straight out say on the box that they are “for entertainment” purposes only. Others, you’ll find the disclaimers only on the paper insert. All these tests warn users not to make any ‘financial or emotional’ decisions based on the results.”

The reviews for these gender prediction tests are all over the map. Not surprisingly, 50% say the test was accurate, and 50% say it was wrong. Because… statistics. Gender prediction tests like Intelligender and Gendermaker have no scientific legitimacy, so why waste your time and money on a guessing game? 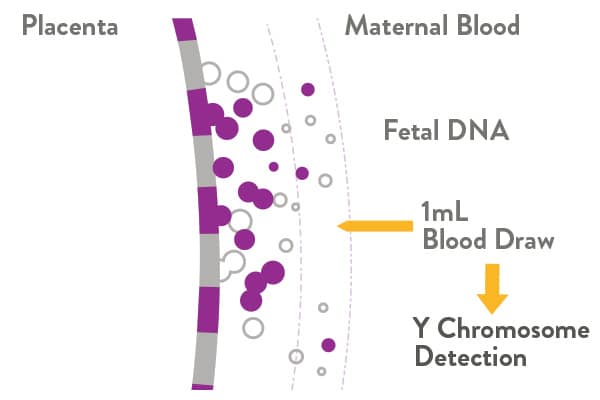 Instead of using a urine test to determine gender of the baby, you can use a DNA-based gender test. DNA-based gender prediction tests use cell-free fetal DNA (cffDNA) collected from a sample of mom’s blood to determine gender.  In one study released in the Avicenna Journal of Medical Biotechnology, fetal sex was determined with cffDNA from blood samples of moms in their 6th to 10th week of pregnancy.

How does it work? When mom, who normally only has X chromosomes, is pregnant, cells and DNA from baby find their way into her bloodstream. This is called cell-free fetal DNA. A sample of mom’s blood is taken, and a test is run to look for Y chromosomes in the sample. If Y chromosomes are found, the baby is a boy. If they are absent, the baby is a girl. Gender can be determined with 99.1% accuracy, as shown by a peer-reviewed study published in the International Journal of Pregnancy & Child Birth. 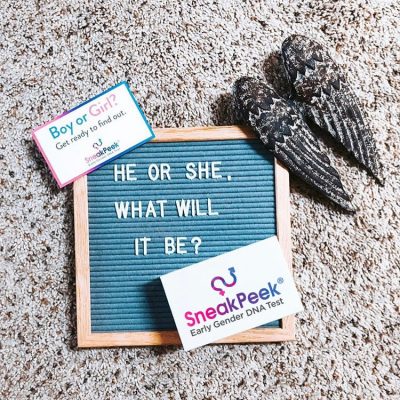 SneakPeek’s Early Gender Blood Test is the leading DNA-based gender predictor test on the market. Over 250,000 gender prediction tests have been provided to help new moms determine the sex of their baby, bond with their babies, make plans, and connect with friends and family around them. How does the at-home test work? A SneakPeek test kit is sent via mail to mom’s home with all the materials and instructions needed to self-collect 7-10 drops of blood. The whole prediction test takes about 20 minutes, and the blood sample is mailed back to SneakPeek Labs in a prepaid, pre-addressed envelope. Gender results are emailed directly, as soon as the following day. Are You Ready to Experience the Difference?

Now that we’ve covered the basics, you can read up on SneakPeek Stories from moms, just like you, who have used the test before. Then, when you’re ready to determine the gender of your baby, check out the gender predictor test options available. 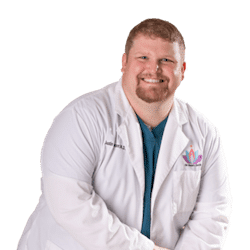 My name is Justin Peterson. I am an Obstetrician and Gynecologist at Coffee Regional Medical Center in Douglas, GA. I received my Bachelor of Science from Mercer University in Macon, GA in Biochemistry and Molecular Biology followed a Doctorate of Medicine from Mercer University. I completed my residency in Obstetrics and Gynecology from Navicent Health in Macon, GA. I offer Sneak Peek to my patients for early gender determining. One of the first Sneak Peak test that was performed in my office was for my son, Jesse.