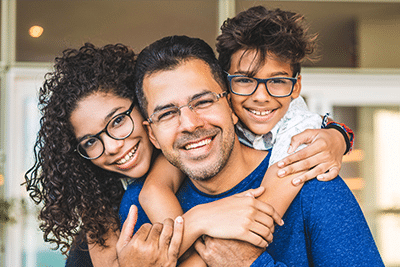 You’ll probably ask a lot of questions during your nine months of pregnancy, like how to baby-proof the kitchen cabinets, where to put the crib, and generally how you’ll raise your little lovebug.

And of course, one of the oldest questions in the book:

Who will she resemble: you or your partner? One of the features you may wonder most about is your little one’s hair. Will she grow up with your luscious auburn locks or her father’s straight, almost jet-black mane? Or will her hair type be all her own?

It all comes down to genetics.

The Genetics of Hair

Before determining who your child will inherit his hair from with the help of a SneakPeek Traits test, we should dive into how he’ll inherit his future mop.

There are a few essential components that determine which traits we develop—hair color or otherwise:

If you’re wondering what kind of hair traits your child will wind up having, the answer lies in your child’s alleles. Allele combinations are the key to your child’s phenotype. Alleles combine most often in three distinct ways:

Where does the hair gene come from?

This question isn’t as simple as “Did you prep the baby formula?” or “Where did you leave our daughter’s shoes?” (though this has the potential to become complicated, too).

It’s not really a question of whether your child will inherit the hair gene from Mom or Dad. Instead, your child inherits a myriad of genetic factors that all add up to their very own locks.

You pass by a happy family at the park or the movies and notice a brunette mom, a dark-haired dad, a blond baby, and a redhead daughter.

If hair color is genetically determined, how is this possible?

Don’t worry, this isn’t the set-up to a tricky riddle. It’s a matter of complex genetic interaction between loads of different maternal and paternal DNA sequences.

More than a hundred different genes come together to influence our hair color based on three primary factors:

It kind of works like mixing paint colors on a palette.

Let’s say that 1 represents an “on” eumelanin gene, while 0 corresponds to an “off” gene. Think of 1 as a darker paint color like dark brown or black, while 0 signifies a much lighter paint color, like white. The more 1 you have in the mix—or activated gene—the darker the color will be. The more 0—or inactive gene—you have, the lighter the final pigment will be.

Now imagine mom and dad have nearly identical hair colors: let’s say a medium brown. The composition of their hair color genetics is probably the same: 11110000—half on, half off.

Their son receives half of each parent’s DNA in some random combination. Maybe he gets 1111 from mom and 1100 from dad, resulting in 11111100. He’ll have darker hair than his parents because of the increased amount of activated pigment genes. But his younger sister grows up with blonder hair than anyone in their family. Maybe she only got one activated gene, and the rest were turned off.

Whatever the final color, your child’s locks will be a work of genetic art.

Not only is hair texture a combination of tons of varied genes, just like hair color, but there are also different genes responsible for curly or straight hair across different cultures.

Your best friend from Nigeria and your great aunt from Spain might both have curly hair, but the reason why is largely different, even if their curl patterns look identical.

Hair texture is also an example of a genetic phenomenon called incomplete dominance—and not the kind in Animal Planet documentaries.

Typically, when you inherit one dominant allele and another recessive allele, the dominant one will dictate the phenotypic trait while the recessive trait never materializes. With incomplete dominance, the dominant gene variant won’t just take over. Each allele is an equal partner in the equation. This is why there’s such variation between human hair types and textures, rather than just straight or curly.

So how will your kiddo’s hair manifest in real life, based on you and your partner’s own hair textures? There’s no standard answer without a closer look at their genotype, but here’s a breakdown of the expected potential outcomes:

This representation is a bit oversimplified because all hair texture genes aren’t alike.

For example, one gene impacts the trichohyalin (TCHH) in your hair follicles. TCHH is a protein found in the hair’s shaft that helps create an anchor for the hair fiber, tightening the curls toward the hair follicle. This one gene accounts for about 6% of the variation in your hair texture, which is more than any other single gene (that we know of, anyway).

Find Out Your Child’s Inhairitance with SneakPeek Traits

If you’re dying to know whether you should start planning matching mother-daughter hairdos that suit your shared natural locks perfectly, then you’ll need to look beyond your reflection—even further than her father’s, too.

The only real indication of your daughter’s future hair is written in her genetic code. You can receive information about a ton of different genetic traits with SneakPeek’s safe, easy-to-use Traits DNA test. The results can include:

Your baby’s hair won’t necessarily stay the same from birth to adulthood, but luckily, you don’t have to wait 18 years to find out what hairstyles she will be rocking in her future—all you need is a little help from SneakPeek Traits.

Cellular Research Institute Genetics. Do You Get Your Hair Genes From Mom Or Dad? https://www.crigenetics.com/blog/do-you-get-your-hair-genes-from-mom-or-dad

The American Journal of Human Genetics. Common Variants in the Trichohyalin Gene Are Associated with Straight Hair in Europeans. https://www.cell.com/ajhg/fulltext/S0002-9297(09)00464-9

Stanford at The Tech. Ask A Geneticist: Other Genetic Principles. https://genetics.thetech.org/ask-a-geneticist/three-equally-represented-phenotypes

Healthline. What Does It Mean to Be Homozygous? https://www.healthline.com/health/homozygous

Stanford at The Tech. Ask A Geneticist: Other Traits. https://genetics.thetech.org/ask/ask45

Traits & DNA >
What’s a Normal BMI for Children?
“What is a healthy BMI for a child?” is a somewhat misleading question because for children ages 2 through 19, BMI percentiles...
Read More
Traits & DNA >
Baby Won’t Sleep? Potential Causes & Solutions
If there was an Olympic category for sleep, your baby would take home the gold. Newborns clock in as many as 17 hours of sleep per...
Read More
Traits & DNA >
What is Baby Sleep Regression?
It’s finally happened. Your baby closed her eyes…and kept them closed…all night long. Then she did it again. And again! After...
Read More

adroll_adv_id = "QCWI2LTOPJA7PFIZDY3AFN"; adroll_pix_id = "5DIPBS44TVDY5GPUPYYWLK"; adroll_version = "2.0"; adroll_current_page = "other"; adroll_currency = "USD"; adroll_language = "en_US";
How can I request that the raw data from my SneakPeek Traits DNA sample is deleted?
Can I request the raw data from my SneakPeek Traits DNA sample?
How does the test work and is it accurate?
What is the SneakPeek Traits testing process?
How are the SneakPeek Traits reports developed?
How will I be notified when my SneakPeek Traits reports are ready?
How can I view my SneakPeek Traits reports?
When will my SneakPeek Traits sample be received at your lab? How will I know it arrived safely?
How long does the SneakPeek Traits Results process take?
When will I receive my SneakPeek Traits collection kit?
My child did not cooperate with swabbing, and I was not able to fully collect both swabs.
The swab accidentally touched my child’s teeth, lips, or gums.
I dropped a swab on the floor before swabbing the child, or something else happened to the swab. Can I wash the swab?
I accidentally touched the swab head with my fingers.
There are two swabs in my At-Home DNA Swab Kit. Can I use them on two different people?
Can SneakPeek Traits Early DNA Test be used during pregnancy?
Does SneakPeek Traits Early DNA Test enable me to find DNA relatives or matches?
Is SneakPeek Traits Early DNA Test a paternity test?
Who can use SneakPeek Traits Early DNA Test?
If I purchase a second test for a different family member at a separate time, how are the tests linked together under the same main family account?
Can I purchase additional reports for a family member?
Why is SneakPeek Gender more accurate now?
Why do I need to wait until 8 weeks, when there are 7-week women in the study?
What if I can’t hear my baby’s heartbeat?
Is it safe to use a Fetal Doppler?
How does a Fetal Doppler work?
I used last menstrual period (LMP) to calculate 8 weeks into pregnancy. Are my test results reliable?
Can I purchase SneakPeek early and take it when I’m at 8 weeks?
If I can’t enter a post office due to social distancing or limited hours, are there other ways to return?
Is COVID-19 impacting SneakPeek shipping or results timelines?
In light of COVID-19, is SneakPeek Labs still accepting return samples?
Are SneakPeek products safe from COVID-19?
Why has the results email changed to show a check mark instead of a percentage?
How do I activate my SneakPeek At-Home test kit?
Can I buy the SneakPeek test kit now and use it later?
Influencer Collaboration
Is SneakPeek a pregnancy test?
My blood sample was taken at a participating location. What is the status of my results?
Is shipping free?
Does taking progesterone or other hormones affect my results?
Do blood thinners affect my results?
Do you ship to APO/FPO/DPO addresses?
I’ve seen gender predictor tests that use urine samples. How is SneakPeek different?
What is the difference between SneakPeek At-Home and SneakPeek Clinical?
Can I take the SneakPeek Test if I’m breastfeeding?
Do hormone disorders such as PCOS affect my results?
How is my privacy protected?
Is the test safe?
How quickly will I receive my refund?
When is SneakPeek Customer Care available?
What do I do if I have a question about my order?
I’m having twins. Can SneakPeek determine the gender of each one?
What is SneakPeek’s guarantee?
I’ve previously had a boy. Will that affect my test result?
Does a previous miscarriage affect my test results?
How do I ensure an accurate test result?
I can’t find my results email, what do I do?
When will I receive my results?
How are my results given to me?
How will I know you received my sample?
I don’t want my gender results to be sent to my email address. Can I have them sent to someone else?
What email address should I provide during checkout?
Can I track my sample?
What is the shipping timeline?
How long does my sample stay stable after collection? How long can it stay stable during shipping?
What is the difference between SneakPeek Standard and SneakPeek FastTrack?
Can I use SneakPeek if I am having a multiple-birth pregnancy?
How is the DNA blood sample taken?
How accurate is the SneakPeek Early Gender DNA Test?
When can I use the SneakPeek test?
When in my pregnancy can I take the SneakPeek Test?
Do you have a pregnancy calculator that tells me when I can take the test?
How does the SneakPeek Test work?
Buy and get it now. Pay us back later.
Pay us back later.
Check out with Sezzle and split your entire order into
4 interest-free payments over 6 weeks.
Check out with Sezzle and split your entire order into 4 interest-free payments over 6 weeks.
No Interest, Ever
Plus no fees if you pay on time
No Impact to Your
Credit Score
Instant Approval
Decisions
Just select Sezzle at checkout!
Just select Sezzle
at checkout!