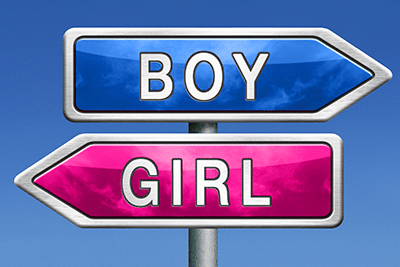 As you start on your journey to becoming a parent, you may dream of what your child will be like. Maybe you picture a softball champ who loves your mac and cheese recipes as much as she loves water colors. Or maybe you picture a dancer whose amazing natural rhythm only rivals his math skills. You may even keep your daydreams simple—a little boy, or a little girl.

With the variety of gender prediction tests available, is there also a way to improve the chances of having a boy or a girl?

Since 1960, couples have been trying to sway the odds for a baby girl or a boy using the Shettles Method. The Shettles Method essentially states that couples can determine the gender of their baby by creating the best environment for certain sperm—either sperm carrying an X chromosome (girl) or a Y chromosome (boy)—to thrive. But the science behind this practice is a bit more complicated than just putting out a welcome mat for preferred sperm.

Who is Landrum B. Shettles?

Dr. Landrum B. Shettles is the name behind this gender-determining method. He received both an MD and PhD in biology from Johns Hopkins University in the 1940s. From there, Shettles researched human reproductive physiology at Columbia University. He even contributed to the earliest work on in vitro fertilization. But Shettles is most known for his research on gender swaying—or determining the gender of a child before conception.

His work  became The Shettles Method.

How is a Baby’s Gender Determined: A Crash Course

Understanding the basics of how a baby is made—on a cellular level, not a “birds and the bees” level—can help illuminate Shettles’ theory. First, let’s review some reproductive terminology:

As adults, we know that a baby’s gender isn’t determined by whatever the stork happens to pick up on your due date. Gender is determined at conception. So, what determines the gender of a  baby?

When a man ejaculates, he releases between 40 million and 1.2 billion sperm. These sperm have to travel all the way through the vaginal canal, the cervix, and into the uterus to fertilize the egg. However, only about 100,000 of sperm make it into the uterus for a variety of reasons including:

And out of those 100,000, only one sperm can make it all the way home and into the egg to create an embryo. Once that one winning sperm has permeated the membrane of the egg, the egg creates an impenetrable external “shell” so extra male sperm cells can’t get in.

From there, the two cells (egg and sperm) each bring their own set of DNA to form the embryo—and the chromosomes in that DNA determines the gender of the baby.

The Race to the Egg: Shettles’ Theory

In his pursuit to find a gender-determining method, Shettles researched everything he thought might affect the gender of a fetus, including the timing of sexual intercourse, sexual position, pH of bodily fluids—that is, the acidity of bodily fluids—and sperm. Based on his observations, Shettles believed that sperm carrying an X chromosome differed from sperm carrying a Y chromosome. He broke sperm down into two categories, Y-sperm and X-sperm.

So for Shettles, the question became—how do couples create more accommodating environments for a specific kind of sperm?

The Shettles Method: Skewing the Results for a Girl or a Boy

All of Shettles’ studies of the human reproductive system led to his theory on how to create ideal environments for Y- or X-sperm. Shettles believed that ovulation, menstrual cycles, the female orgasm, and sexual position could all play a part in swaying the odds for a boy or a girl baby.

Shettles Method: How to Try for a Boy

According to Shettles’ observations, Y-sperm preferred alkaline—or not so acidic—environments. Here are his recommendations for giving Y-sperm their best shot at fertilization:

Shettles Method: How to Try for a Girl

Shettles believed X-sperm thrived in acidic environments. He theorized that adjusting the pH of a woman’s reproductive arena would help parents conceive a girl. The recommendations for increasing the chances of a X-sperm are pretty much the opposite of the Y-sperm:

While Shettles certainly was a pioneer in his day, the scientific accuracy of his method is a bit murky.

Although Shettles himself claimed his method has a 75% accuracy, independent researchers have disproved various aspects of Shettles accuracy and methodology several times over the past few decades. One research team even went so far as to disprove his claim on the different characteristics of X- and Y-sperm. On the other hand, several parenthood influencers and mommy-bloggers swear by the Shettles Method.

So really, it’s up to you if you want to try the Shettles Method. The good news? You can check Shettle’s accuracy for yourself with the SneakPeek Early Gender DNA Test!

Confirm Your Gender Swaying With the SneakPeek Gender Test

Whether you’re keeping your fingers crossed for a beautiful baby boy or a gorgeous baby girl, your parenting journey will be one full of discovery. And if you’re trying for one gender over the other, you may be counting down the days until you can find out whether your gender swaying methods worked.

Thanks to SneakPeek, you can find out your baby’s sex —and if your chosen gender-determining practices succeeded—as early as 8 weeks.

Learn more about your baby today with SneakPeek!

Healthline Parenthood. Can you Choose the Sex of Your Baby? Understanding the Shettles Method. https://www.healthline.com/health/pregnancy/shettles-method

US National Library of Medicine. The molecular basis of fertilization. https://www.ncbi.nlm.nih.gov/pmc/articles/PMC5029953/